La Petrolifera Italo Rumena (PIR), parent company of PIR Group, was founded in 1920 by a group of Italian and Romanian shareholders (Romania was at the time one of the major petroleum producing countries in the world). Few years later the Romanians left the Company to the Italian partners, but the name was left unchanged to these days.

PIR started its activity in Porto Corsini in Ravenna, using the logistics facilities (hangars and tanks) of an air base for Americans hydroplanes dismissed after the First World War. The PIR activities in the period between the two wars was to import by sea, store and distribute petroleum products mainly in drums and tin as well as cereals, sugar and other goods both in bulk and packed .

During Second World War PIR plants were devastated by bombing, but thanks to a quickly reconstruction works, at the beginning of the 1950s the activity of the terminal had widely exceeded that of the pre-war period. Since then the activities were constantly expanded and enhanced.

In the 1960s, the terminal was expanded and made more functional with the construction of a road connection with public road network.

In the 1970s the terminal for oil products was completely renewed and a brand new terminal for chemicals was built and enlarged within a few years to face increasing demand.

In the 1990s PIR Group rationalized and expanded the storage and handling of oil products in Ravenna by establishing Petra, a joint venture with ENI, acquired a significant share in Docks Cereali, the largest Mediterranean terminal for the handling of cereals and dry goods and invested in the field of integrated logistics.

After year 2000 PIR Group constantly strengthened the activities in Ravenna and expanded in the Mediterranean area through the subsidiary La Petrolifera Italo Albanese (PIA), a company which has built and operates a terminal for the storage and handling of oil products and LPG in the Vlora bay, Albania and the acquisition of an important share of the SSTC, a Tunisian company which ownes and operates a terminal for the storage of oil products in Zarzis, south Tunisia.

Today PIR Group continually investigates projects to further expand its activities in the fields of tank storage, logistics and distribution in all Mediterranean area and operates in a medium-long term perspective in the financial and real estate sector. 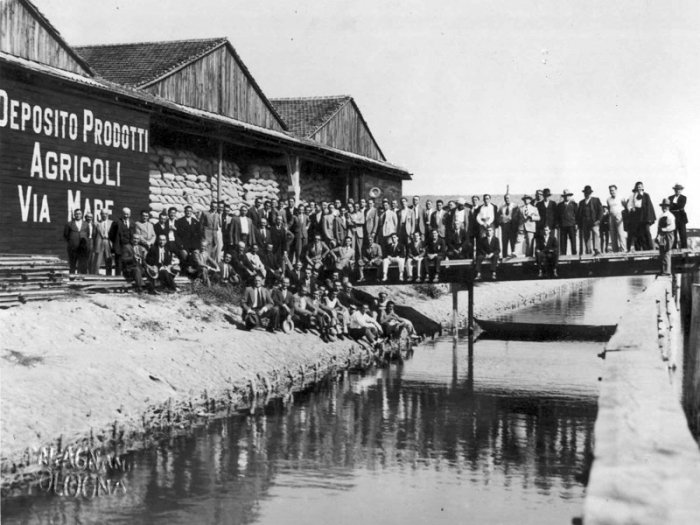